Many landlords and management companies are losing thousands of dollars due to their failure to establish a sound debt collection policy.

It is not uncommon for a landlord to find himself or herself in a dispute over a bill with a former tenant. This is especially common when the landlord claims that the damage to the property rented exceeds the amount of the tenant’s security deposit or when a lease is terminated prematurely by a tenant, triggering a cancellation fee in the lease agreement.

Apartment News Publications is pleased to announce the release of Commercial Property Management.

We are happy that this month we released the premier issue of Commercial Property. The February/March issue can be found at www.cpmmags.com. In the future, we will have specific and relevant content for the commercial property owner/manager. We hope that both our magazines will benefit their respective industries, and that we will help owners/managers efficiently manage their property.

If you are interested in receiving the magazine, email me at js@cpmmags.com. If you are looking to advertise give us a call at (714) 893-3971, or email us at advertising@cpmmags.com.

Stay posted to our website, as we will be back blogging and dishing out more good information.

Between November 13 and November 19, three large Southern California wildfires burnt over 40,000 acres, destroyed nearly 1,100 structures including ten apartment buildings, and caused the evacuation of 50,000 people. The fires were fueled by hot weather and high wind conditions.

Imagine if you were listening to the news about these wildfires and owned a building near one of the danger zones. Convincing yourself that your building is out of harm’s way, you retire to sleep but are awakened in the middle of the night by a phone call, your first red flag. A tenant informs you that they were forced to evacuate the building due to the approaching fire. After several more phone calls from displaced tenants, you get in your car to try to drive to the property, but the area has been closed off. Frustrated, you listen to news reports on the radio and then tune in to the network news, hearing about the sweeping fire damage in your building’s location after the winds switched directions. You make a call to the fire department that confirms your worst fears. You are living your worst case scenario. Your apartment building has been completely gutted by fire. Your tenants have scattered and there’s no way your property will be rebuilt anytime soon.

The Holidays are fast approaching and we are very excited for them. In preparation for the Holiday season we would like to let you know that our offices will be closed from December 24th to January 5th. If it is emergency, you can contact me at js@aptmags.com where I will be at your service to help you as I can.

We are also excited to let you know of our upcoming magazine release. FEBRUARY 2009 we will be publishing Commercial Property Management Magazines. We will be entering the Western Los Angeles region, and reaching thousands of commercial property owners/managers will relevant and timely information about the successful running of commercial property and industry benchmarks and future.

If you are interested in receiving this magazine, or advertising, make sure you email me at js@aptmags.com; or give us a call at (714) 893-3971 to talk to us about your inquiries.

We here at Apartment News Publications, Inc. wish you an amazing Thanksgiving!

LOS ANGELES – Just months ago, urban revivalists could see the rosy dawn of a new era for America’s cities. With rising gas prices and soaring foreclosures hitting the long-despised hinterland, urban boosters and their media claque were proclaiming suburbia home to, as the Atlantic put it, “the next slums.” Time magazine, the Financial Times, CNN and, of course, The New York Times all embraced the notion of a new urban epoch.

Yet in one of those ironies that markets play on hypesters, the mortgage crisis is now puncturing the urbanists’ bubble. The mortgage meltdown that first singed the suburbs and exurbs, after all, was
largely financed by Wall Street, the hedge funds, the investment banks, insurers and the rest of the highly city-centric top of the paper food chain.

So, now we can expect some of the biggest layoffs and drops in income next to be found in the once high-flying urban cores. In New York alone, Wall Street has shed over 25,000 jobs–and the region could shed a total of 165,000 over the next two years.

Not surprisingly, the property crisis once seen as the problem of the silly, aspiring working class and the McMansion nouveaus has now spread deep into the bailiwick of the urban sophisticates. For the first time in years, many Manhattan apartments are selling for well below purchase price, something unheard of during the boom. In Brooklyn, a 24% drop in sales over the last three months even has boosters talking of an imminent “Brownstone bust.”

Even San Francisco–arguably the most recession-resistant big city due to its large concentration of nonprofits and “trustifarians”–is seeing prices drop for the first time in years. Far more vulnerable are fledgling neo-urban markets like Los Angeles, Atlanta, Oakland, Calif., San Diego, Memphis, Tenn., Miami and Dallas. Sales are down in most of these markets, as are prices.

Signs of the times: desperate developers offering goodies to buyers. One downtown Los Angeles property owner has even offered to buy a Mini Cooper for anyone bold enough to buy a loft. Others, in Oakland, Boston and Atlanta, are resorting to auctions to offload their product. Foreclosures have taken place in several other markets, including Charlotte, N.C., and Philadelphia.

Here is the last 4 ways to beat your competitors in a recession:

4. EXPENSES: Quit spending! Cut all but truly essential expenses, but don’t cut spending on new products and marketing; those are your future. Get rid of ALL the nice-but-not-necessary things – temps, contract services, memberships, dues, subscriptions, high-priced travel, conventions, parties, FedEx, premium flights, expensive limos, hotels, and meals out – at the company’s expense.

We are happy to bring our readers a unique service that no other apartment management publication does, which is our year old classified section. Over 2008 it has matured and offers new multi-family and single family housing classifieds every month. Apartment Management hopes that you find it resourceful, and that each month we can showcase new deals on the market. Here is an example of one: 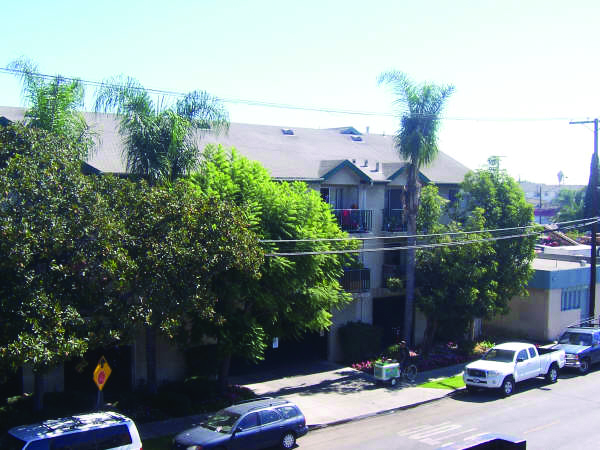 Here are the first 3 ways to Dominate in a Recession

1. ‘ATTACK!”— By definition, a “recession” means negative growth, but that doesn’t mean there’s NO business. There’s just less, and it takes more, better effort to capture it. That’s when “dominate” comes into play. If you read further down this list, you will know to choose the right customers, and push the right products. Get out there and get a larger share of the remaining business. Attack; don’t defend! Be proactive, not reactive!

For months now, land owners, developers, and single-family and multifamily builders have talked about the severe drop-off in land sales. New numbers from Real Capital Analytics back those assertions-the New York-based real estate research firm says that sales have fallen off drastically, nearly 75 percent to date this year.

“It’s not just sales, but it’s pricing as well,” says Jack McCabe, CEO of McCabe Research and Consulting, a real estate research and consulting firm based in Deerfield Beach, Fla. “The parcels that are being sold are incredibly below what they were a few years ago. We’re talking 20 [cents] to 40 cents on the dollar.”

“When it comes to reducing greenhouse gases, California is first in tackling car emissions, first to tackle low-carbon fuels, and now with this landmark legislation, we are the first in the nation to tackle land-use planning,” Schwarzenegger said of the legislation. “What this will mean is more environmentally friendly communities, more sustainable developments, less time people spend in their cars, more alternative transportation options and neighborhoods we can safely and proudly pass on to future generations.”