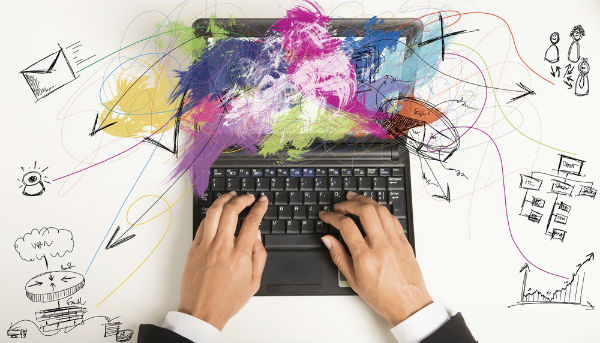 Not too long ago, multifamily industry training and Fair Housing consultant Anne Sadovsky found herself stopping a meeting because a property site manager kept her head down, fidgeting with her smart phone. The woman, about 40 years old, was seemingly oblivious to the discussion and full throttle into her device when Sadovsky put on the brakes.

“I finally said, ‘Are you doing something more important that what we’re doing right now?’ ” Sadovsky said. “She looked up at me and said, ‘Oh, no, I’m just looking for something to order.’”

When Sadovsky came up through the ranks of the apartment industry 40-plus years ago, the only orders she had during the workday were from her bosses. Failure to comply, she said, meant marching to the tune of a different order, the one that sent you packing.

“Heads would roll,” she said.

Today’s work environment is a little less rigid and much more accommodating to personal devices that are often blamed for distracting employees. Before personal technology, being disengaged at a meeting usually meant leaning back in your chair and twirling your pen or scribbling on your Daytimer. Today, just the presence of smart phones, iPads, and even laptops (is he really taking notes or posting to Facebook?) distract employees everywhere in the workplace.

It was a different time, even back in the 70s and 80s, Sadovsky concedes, but perhaps the work ethic and management of the day is a good history lesson that can be applied today. Employees are distracted and they need help to step back in line, she says.

In January, a San Francisco-based online meeting provider reported in a survey that most U.S. information workers multitask during meetings, which research shows lowers productivity, increases errors and causes stress among workers. Of 2,000 workers polled by Fuzebox, 92 percent said they have engaged in other activities while sitting around the conference table – 41 percent said they do it all the time or often. Tops among the multitasking offenses? Checking email.

Employees multitasking at meetings or just shunning work responsibilities to check social media create challenges for managers. The root of the problem, Fuzebox says, is a lack of face-to-face communication to hold employees accountable.

That resonates with Sadovsky.

Some may say that Generation Y employees are likely to be the most distracted because of their attachment to technology and dependencies on communication through electronic devices. However, according to one survey,middle-aged women are some of the most distracted, and not because they are spending time on Facebook or surfing the net. Females tend to get sidetracked at work because of personal and financial issues as well as a lack of resources.

In the multifamily housing industry, a distracted leasing agent or someone at the site level can cost an apartment property money. The 2013 Workplace Productivity Report shows that 25 percent of people studied were completely unproductive seven or more hours a week and that 22 percent of people were completely unproductive for five to six hours a week. Translated, that’s a day’s wage paid by an employer out the window.

Bringing a distracted worker back in line can be difficult for an already overloaded manager who has more front office responsibilities than other generations of site leaders, Sadovsky says. Increased supervision just adds to the daily laundry list, but it’s a necessary tool that managers today should pack.

“It’s truly hard to find people that you don’t have to (supervise), if, and I hate to say it, you want the job done right,” she said. “There has to be accountability. And there has to be oversight because this generation of worker gets sidetracked in their own stuff.”

Training and Supervision is Key to Reducing Distraction

Camden Property Trust’s Margaret Plummer doesn’t think that younger employees are more distracted than any other generation. She says that empowering technologically savvy Gen Y workers to work whatever way best fits, knowing there may be a tradeoff with some personal activity, can benefit the company in the long run.

“As kids, we were distracted at that age,” says the 46-year-old Plummer, who is Camden’s vice president of employee development. “Part of that is managing it. This group of kids has a different way of going about how to accomplish their tasks. Let them complete tasks the way they are comfortable doing it.”

But both Plummer and Sadovsky agree that a focused worker is a more productive, and that employees should be held accountable for their work and actions. Proper training is essential, especially in a day and time when workers truly have to multitask, whether in a meeting or not, because of the hectic pace of business.

Sadovsky suggests that managers commit to tools like online training programs to help shape employees. Most of all, get face-to-face with some good ol’ fashioned supervision.

“They are going to have to go back to truly supervising and overseeing the other people in the office,” Sadovsky said. “They need to know what their people are doing and they need to supervise it. Set some goals for them and get them out there. I think it’s just kind of gotten relaxed, and everyone kind of comes to work and does their thing.”