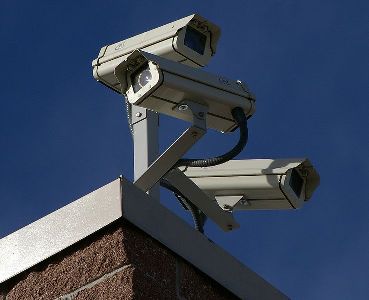 Whether you own or serve as the property management company for a multi-unit housing complex, adding a security patrol to your agenda may be something to consider as an extra precaution or to add peace of mind value to your property.

One option to consider, if budget permits, is hiring off-duty police officers for 24-hour security; however, for this particular piece we will take a look at employing licensed and trained security personnel for evening or full-time patrols rather than formal police officers.

Whether considering a single night watchman or several patrol officers or stationary guards, the main emphasis should always be on establishing a perimeter of non-forceful deterrence. The goal is to make criminals think twice with the mere presence of security personnel, who should ultimately rely on municipal police for backup and action when and if it becomes necessary to protect the property.

You’ll only want to hire security when it’s called for. For example, if crime is higher on weekends or evenings, a force during those hours may be all that’s necessary. This is a consideration that may be taken to residents themselves through a survey, general meeting, and those with HOA boards already have a sounding board with the authority to approve such expenditures.

Determining the Functions of Your Security Force

While visibility of security is vital to its efficacy, so is the credibility that residents hold in your security personnel. This means that the security persons must be able to get police help promptly, must be adept at their job, and make those rounds so that they are clearly and regularly seen by both residents and mischievous eyes. Although the use of force must be minimal, these individuals must be able to exhibit the ability to defend themselves if and when necessary.

Security personnel can essentially perform three basic functions for your housing complex: patrolling, monitoring the electronic alarms and/or surveillance systems, and stationary guarding. Clearly patrolling may involve vertical patrols of interior hallways, lobbies, elevators, and the like while regular perimeter checks outdoors may also be necessary. Stationary guards may serve at the entrance of gated communities or serve dually as a monitor of any alarm systems and visual camera security. Determine how many patrollers you’ll need to handle your target tasks and budget appropriately.

Unless you’re considering police protection or thinking about establishing a resident patrol program, (an increasingly popular and rather effective option in resident owned complexes with HOAs) there are basically two options to consider: management controlled forces and contract guard services.

Management Controlled Security – Members of these forces are paid by the property management company who will retain the final say in supervising, hiring, and the firing of the security personnel.

Contract Guard Services – Unfortunately, these contracts are often purchased through agencies who retain hiring, firing, and supervising rights. These contracts will need to be cancelled if the services don’t live up to your standards and are less easily managed than controlled security forces.

You Can’t Go Wrong by Protecting Residents and the Property

Establishing set security personnel to keep an eye on things around the neighborhood can increase resident and owner confidence and dissuades potential criminal offenders from even making a move in your community. With this in mind, it could be time you consider 24-hour security, or evening patrols, to help keep your property and residents safe.