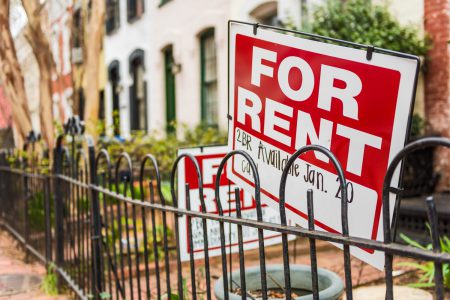 Despite voters rejection of Proposition 10, the Los Angeles County Board of Supervisors voted 4-1 Tuesday in favor of an ordinance to temporarily limit rent increases to 3 percent in unincorporated areas of the county.

Supervisor Sheila Kuehl, who championed the plan to limit rents while the county considers longer-term solutions, said an estimated 200,000 renters would be protected by the county ordinance.

“If we want to stem the tide of people falling into homelessness and be sure our seniors, as well as other renters, are protected from eviction, we have to curb unrestricted growth in rents.”

The board had also backed the statewide measure, which would have given local jurisdictions more leeway to impose rent controls by repealing the 1995 Costa-Hawkins Rental Housing Act that limits rent control to older housing stock. However, less than 40 percent of California voters were in favor of the proposition, which required a majority to pass.

As a consequence, the county ordinance will not apply to older housing stock.

Emotions ran high among dozens of supporters and opponents who appeared before the board, with both sides aiming to claim the moral high ground.

“Rent control will be a terrible burden,” said Gail Maltun, who said the ordinance amounted to a housing subsidy for “every applicant that walked in the door,” something she said the board would never approve.

Other opponents accused rent control advocates of being paid to appear before the board.

“Nobody paid me to be here,” said Yesenia Miranda Meza, who told the board she was a single mother of three boys who lives in and loves Pomona.

Right after Proposition 10 failed, “my landlord decided to give me a three-day pay or quit (eviction) notice … we need your help to put an end to these greedy landlords.”

Another single mother who is a landlord became emotional as she told the supervisors, “I cannot afford a rent freeze … I’m not a big commercial anybody … this is a person and you’re just basically taking money out of my pocket … hindering my ability to make a living is not going to help.”

Others in opposition urged the board to honor the will of voters and take the rejection of Proposition 10 as a rejection of rent control measures.

Property owner Vanetta Barton said it was clear voters care about affordable housing for low-income residents. She pointed to voters’ approval of Proposition 1, which authorizes $4 billion in bonds for housing programs, loans and grants.

Joe Donlin, of Strategic Actions for a Just Economy, SAJE, urged Supervisor Mark Ridley-Thomas in particular to vote in favor, saying the support for rent control in the 2nd District he represents is “overwhelming… despite the $75 million in corporate money … spent to confuse people.”

The limit on rent hikes is retroactive to Sept. 11. Some advocates said it doesn’t go far enough.

“We’ve heard from many tenants whose landlords have tried to take advantage of this” by boosting rents 20 percent or more as soon as they heard about the proposal, said Jonathan Jager of the Legal Aid Foundation of Los Angeles.

Supervisor Kathryn Barger cast the dissenting vote against the interim ordinance, which is expected to go into effect Dec. 20.

The research is mixed. In evaluating the effects of Proposition 10, the non-partisan state Legislative Analyst’s Office concluded that rent control would likely lower rents but also reduce new construction and lower property values.

Get the latest from NBC4 anywhere, anytime