Landlords and investors may feel the sting of lower cap rates in 2018. We’ve been seeing price appreciation and rent growth year after year during the economic recovery, but the economy is shifting gears and returns are shrinking. Cap rates are expected to run flat this year, or fall somewhat, depending on other economic pressures, like interest rates.

If you are a real estate investor, you know that cap rates are an important valuation tool. They can help you determine the value of a property before you buy it, and they can tell you what kind of returns on investment you are getting as you move forward. 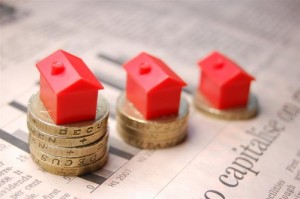 It’s calculated by dividing the net operating income by the price paid for the property. If you haven’t bought the property yet, you can figure out what the property is worth by multiplying an average cap rate for the area by the average net operating income of similar properties. That should give help you determine if the asking price on the property is appropriate for that market. There may be other factors involved, of course, such as a better location or a nice building. But you can get a general idea of what you should you should be negotiating for.

If you own the property already, you will likely want to keep track of the cap rates. Of course, if you raise the rent, the cap rates will increase but then you also increase the risk of vacancy. Any vacancy will affect your cap rate since it will reduce your net operating income. If there’s a long-term vacancy, you could conceivably reduce the cap rate to zero, which is not something a landlord wants to do.

So where are we today in terms of cap rates?

For single-family rental investors, high cap rates are becoming very elusive — especially in pricy markets. We’ve seen astronomical price appreciation in many places and that obviously puts a big dent in cap rates. Many new investors demand cap rates of 10% or higher, and while that may be possible in some markets, they are generally unobtainable today.

And with rents already out-of-reach for many people who can’t afford to buy their own homes, it’s risky to raise rents even higher. You want long-term tenants, and the higher the rents go, the more difficult it will be to find those great tenants, and homes could go vacant for longer periods of time.

Higher interest rates are also a cap rate risk. This year, the Federal Reserve is expected to raise short-term interest rates as many as four times.  We’ve already seen one increase this year for a total of six increases since the financial crisis. The rate is now set to a range of 1.5 to 1.75 percent and has a direct impact on adjustable rate loans.

So for anyone who owns commercial property that’s being financed with an that kind of a loan, they will likely have to refinance. And when they do, interest rates will be higher, and their monthly debt obligation will increase, which reduces net operating income and that all-important cap rate.

Higher fixed-rate loans will also lower your cap rate. And lower cap rates will in turn decrease the value of an income property. Again, if you increase rents to make up for the difference, you are taking on a greater risk of vacancy — especially in areas where rents are already very high.

When you do your proforma, to determine the amount of return on your investment, you should not depend on rents that continually climb. You will want to calculate your ROI based on a rents that remain flat, and maybe even a little less than you have been charging.

In today’s market, the average cap rate across all sectors is about 6% according to Green Street Research. It could be a little higher for more unique or niche properties. So it may be unreasonable to expect a 10% cap rate anytime soon.

There are still some markets where you’ll find attractive cap rates that get close to that 10% mark. Those are the markets where prices have not yet fully recovered from the recession, but are experiencing strong population and job growth.

Detroit is one of those places. It’s a city that’s undergoing a vast transformation with the help of two billionaire investors, Dan Gilbert and Mike Ilitch. Gilbert was the man behind the big to get Amazon to build its second headquarters in Detroit. Even though Amazon said no, and we still don’t know which city Amazon will pick, Gilbert believes that Detroit is on the verge of major renaissance.

Gilbert and his two companies Bedrock and Rock Ventures have bought more than a hundred buildings, and have launched dozens of major redevelopment projects. Gilbert believes in Detroit and so does the Real Wealth Network. We held our 2018 Multi-Market Income Property Showcase in Detroit on May 19th that included a tour of Detroit properties. We are particularly impressed with the quality of the rentals you can buy in Detroit.

You can also listen to an interview with the Vice President of Gilbert’s Bedrock and Rock Ventures, Whitney Eichinger on the Real Wealth Show podcast. It’s episode #628 at realwealthnetwork.com. You’ll also find it on iTunes.