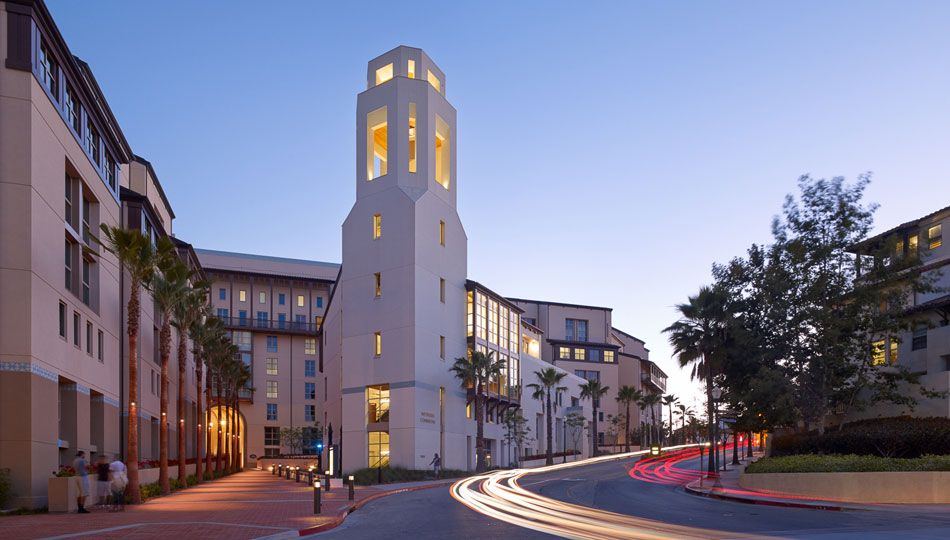 Mixed-use developments have been among the popular student housing trends the past couple of years. But projects at Louisiana State University and the University of Southern California go beyond placing restaurants and retail outlets on the ground floor of a one-building residential property: They’re planned to be full-fledged live/study/play communities.

Nicholson Gateway at LSU, a public-private partnership still in the planning stage, and USC Village, an under-construction project fully funded and managed by the university, both sit on both lie on campus property. But they take a page from privately owned student housing properties on infill sites close to campus

A Hub for Trojans

The $650 million, 15-acre USC Village is under construction, with completion of the 1.25-million-square-foot project scheduled for late 2017. Some 2,700 beds are planned, bringing the number of on-campus beds at USC to 6,200, part of many universities’ student housing trends toward attract more students to live on campus. Students moving to the village are expected to open up 900 privately owned rental units, according to an article in “USC Trojan Family.”

The largest building of the project, for now called simply “Building 9,” will include 740 beds, which project manager Willy Marsh is comparing to a luxury hotel.

“The Omni Los Angeles at California Plaza has 769 beds,” Marsh said. “We’re at 740 beds, with a retail component and parking below.”

The USC Village name is not new, but almost all of what remained of the formerly privately owned development has been razed after the university purchased it. Only two of the old buildings stood as of Oct. 1, and one of them, the former Fire Station 15, is being moved to serve as a soundstage for USC’s film school.

Student housing units will occupy the top floors of the five-story buildings. Trader Joe’s has already signed on as the primary grocery story among the ground-floor retail sites. The university also will spend almost $20 million to upgrade roads in the area, and a 466-space underground parking garage is being built.

Much of the student housing will focus on “residential colleges,” which bring together people from varying majors, interests and backgrounds. Professors and their families live amid the students, and various programs are offered within these communities to create the feel of a smaller campus nestled within the large university.

Students in the honors college will have their own living-learning community within USC Village’s residence halls, through wish they will be mentored by faculty members and others.

The university claims that USC Village is “the most expansive development in the history of South Los Angeles,” according to the “USC Trojan Faculty” article. City planners anticipate it will add $5.2 million to the economy.

“This will bring real, tangible benefits to our community and the entire city,” the magazine quoted Los Angeles City Councilmember Curren Price as saying. “It’s also going to act as a catalyst, I think, to encourage additional businesses to invest in the area.”

Five development companies are in the running to assume the “private” part of the public-private Nicholson Gateway partnership, which is expected to add 1,670 beds to LSU’s on-campus total.

In addition to student housing, the 28-acre Nicholson Gateway is expected to include restaurants, 30,000-50,000 square feet of “student-centric” retail, study areas and meeting areas, according to an article in the “Baton Rouge Advocate.” The entire project is planned for Fall 2018 completion.

The location across from Tiger Stadium – and the site of the now-razed Alex Box Stadium, the former LSU baseball park – not only will be convenient to LSU football fans, but will transform what has been known as the back end of campus. The LSU Property Foundation, which is managing the project for the university, called it the most underdeveloped tract of land on campus.

The finalists to develop the project are:

The winner will be selected in early 2016, with construction slated to start in mid-2017.