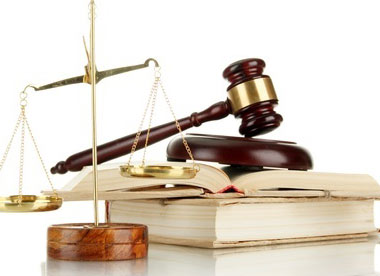 The type of rent control action which annoys property owners the most are rent decrease decisions. The Santa Monica Rent Board rendered approximately 4,890 of these decisions since April 1979 and West Hollywood issued approximately 4100 of them since June 1985.  The West Hollywood is actually worse because they began issuing decisions more than six years after Santa Monica did and because it has far fewer controlled rental units. West Hollywood Commissars love rent decrease decisions almost as much as they love Halloween, (which has actually been declared a holiday in that crazy city).

Santa Monica rent decrease decisions have been much less oppressive since the published decision was issued in Santa Monica Properties v. Santa Monica Rent Control Board (2012) 203 Cal.App.4th 751. In that case the Santa Monica Rent Board went too far by attempting to regulate the timers and the heat of the Jacuzzi and sauna at a luxury apartment building.  The Court of Appeal reversed the Board’s decision with an opinion which found that, “. . . the minimal reduction of adult recreational services of a type commonly found only in luxury housing does not justify decreasing rents without evidence that the rent thereby became excessive or the landlord thereby realized an unjust or unreasonable return on the investment in the property.”

The Santa Monica Properties decision reduced the severity of rent decrease decisions in Santa Monica, but unfortunately, West Hollywood Rent Stabilization Commissars refuses to recognize any adverse rent control decision unless their name is on it. Therefore, on April 26, 2016 they rendered the infamous “Turtle Fountain Decision” which they awarded monthly rent decreases for all tenants in a 36-unit apartment building based on the following; (1) reduced accent lighting in plant containers ($3 per unit); (2) vines on pool fence removed while painting the building ($8 per unit); (3) reduction of tables and chairs in the pool area ($6.50 per unit); (4) removal of hallway carpets areas ($20); and (5) non‑functioning turtle fountain by the pool ($3 per unit).

The decision was quickly appealed to court and the judge issued a stay order was to prevent the tenants from reducing their rents based on the reduction of “housing services” described above.  And if you don’t believe it, go to West Hollywood Rent Stabilization Department and ask to read Rent Board Story D-4078. But don’t go there on Halloween because every City office is closed that day. That’s a good thing.