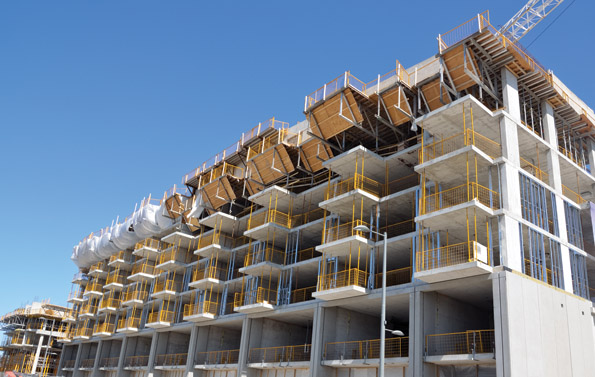 Last year’s concerns of overbuilding or lack of capital have largely eased for the first time since April 2013.

“Supply appears to have ramped up enough to meet approximate ongoing demand with few, if any, signs of irrational exuberance,” said NMHC Senior Vice President of Research and Chief Economist Mark Obrinsky. “A handful of submarkets are facing a temporary surge in new deliveries that may put downward pressure on occupancy rates or rent growth. However, increased development costs could well keep a lid on new supply.”

The Sales Volume Index also rose from 41 to 52, the first time the index has been above 50 in a year. Almost half (43 percent) of respondents felt that sales volumes were unchanged from three months earlier, while a slightly higher share of responses noted higher sales (28 percent) than lower sales (23 percent).

“The improvement in sales volume comes as a bit of a surprise, both because volume generally falls off seasonally at the beginning of the calendar year and because there has been a dearth of product available. It will be interesting to see whether the results are further borne out in transactions data over the next few months,” said Obrinsky.

A strong majority of respondents (80 percent) reported that land costs for new development have increased from last year. 34 percent reported increases of 10 percent or more and 46 percent noted increases of less than 10 percent. By contrast, just under one-fifth (19 percent) reported land costs unchanged from the previous year. (Note: these percentages exclude those who responded “Don’t know/not applicable.”)

Based in Washington, D.C., the National Multifamily Housing Council (NMHC) is the leadership of the trillion-dollar apartment industry. For more information, contact NMHC at 202/974-2300, e-mail the Council at info@nmhc.org, or visit NMHC’s web site at www.nmhc.org.