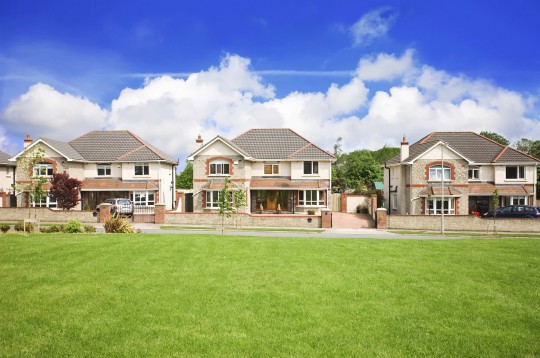 Everyone likes to come home to a clean, comfortable place at the end of a busy day. For pension funds, one of the more attractive value-added multi-family strategies in today’s market is providing just that for the working class in the US and the rising middle classes in Latin America.

Workforce housing, as it is called, is proving to have a solid foundation. Multi-family housing was the first property type to recover from the crisis, as financial stress forced many people into rental housing and millennials’ preference to delay homeownership kept occupancy high and rental rates on the rise – secular shifts towards renting that are still under way.

While the 10.3% gain in the NCREIF Apartment index was the lowest of the five sector benchmarks during the fourth quarter of 2014, the other property sectors were, in effect, catching up with the multi-family market.

Despite this, economic and demographic tailwinds continue to support demand for rental housing in the US. The declining affordability of housing in the post-crisis world is spurring demand for rental units within the financial reach of working Americans whose earnings are near or below the average for their local areas. The popularity of urban living has crimped that supply; the UCLA Economic Letter on Real Estate and the Macroeconomy says that, in Los Angeles, 143,000 rental units that had been affordable to those earning less than $44,000 a year became unaffordable since 2000.

Those trends mark a paradigm shift in how people in the US think about housing. In short, many more Americans are becoming renters, either by choice or necessity.

Today, approximately 36% of Americans live in apartments, up from about 30% five years ago, and Standard & Poor’s expects the trend to continue. For starters, household formation is still below the historical average. In a recent report on the multi-family REIT sector, S&P projects an increase in new households, but says “today’s new households generally have a higher propensity to rent”.

Michael Moran, vice-president and head of real estate investments at Allstate Insurance Company, says: “We are transitioning into more of a multi-family-oriented society. We believe the trends supporting rental housing, particularly more affordable alternatives, will persist.”

Allstate is an investor in TruAmerica Multi-family, an 80/20 joint venture between The Guardian Life Insurance Company of America and Robert Hart, who served as CEO and president of NYSE-listed Kennedy Wilson Multi-family Management Group before launching TruAmerica in 2013.

In contrast to sectors like retail and office, workforce housing has high occupancy and very little interruption in cash flow due to tenant turnover. Annual turnover rates are typically near 30% of a community’s tenants – and can reach 50% – and lease terms are usually one year or less, compared with long-dated multi-year terms on office and retail space. That cycle keeps overall rent levels closely aligned with the prevailing rate, enabling investors to benefit from rising rental income as the economy strengthens.

The strategy typically creates a cash flow yield ranging from 7% to 10%, from the inception of any given project in the portfolio. About 50% of the return to investors is from cash flow; the significant income contribution illustrates that the strategy is a true value-add approach. While cap-rate compression will be a yield enhancer, Hart says, the team is not relying – or betting – on a favorable cap rate at exit to generate competitive returns, and the durable income stream provides downside protection against rising interest rates.

In contrast, home ownership is on the upswing in emerging markets, resembling the US 40 years ago, says Frederick Gortner, co-founder and chief operating officer at Paladin Realty Partners. Los Angeles-based Paladin has invested nearly $750m of equity across four funds in joint ventures and transactions in Latin America with a projected total cost of nearly $4bn since being launched in 1995. Nearly half of the capital is deployed in Brazil, where the firm concentrates on building for-sale, low and middle-income housing with local operating partners.

Another significant market is Mexico. Combine this with the Andean countries of Colombia, Peru and Chile, and investors are faced with Latin American market of 500 million people facing a regional housing deficit of four to seven million units – and a dearth of both equity and debt capital.

“The incremental demand is many times higher than the supply,” says Gortner. About four million people enter the middle class every year in Brazil, he says, driving creation of 1.5m new households annually, as against construction of 300,000 to 500,000 new housing units each year. He expects the trend to persist, with Brazil averaging 2-3% annual GDP growth over the next two decades.

The creation of long-term mortgages has supported the transition from large homes financed by multiple generations living together to modern apartments for smaller households, Gortner says. Historically, Brazilians could only obtain loans for 10-15 years, at interest rates of around 20%. Spurred in part by government programmes, banks now offer 30-year mortgages at rates between 8% and 12%, bringing home ownership within reach of many.

For institutional investors, the other key features of the strategy are relatively high profit margins and a significant margin of safety due to the low leverage used in Brazilian housing development. Gross margins are about 20% on Brazilian projects; the proceeds from pre-sold units finance about one-third of each development, helping to keep leverage to between 10% and 20%. Compared with office buildings, “housing is not prone to over-building and demand fluctuations”, says Gortner.

Macro trends favour the strategy as well, he adds. Publicly-listed homebuilders have stuck to the sidelines as Brazil’s economy spluttered in recent years, allowing Paladin’s joint-venture companies to acquire sites at favourable prices, while Latin America’s cultural, religious and linguistic cohesiveness provide a relatively stable investing environment. “The region doesn’t have the societal-cultural tensions the rest of the world is struggling with,” he says.