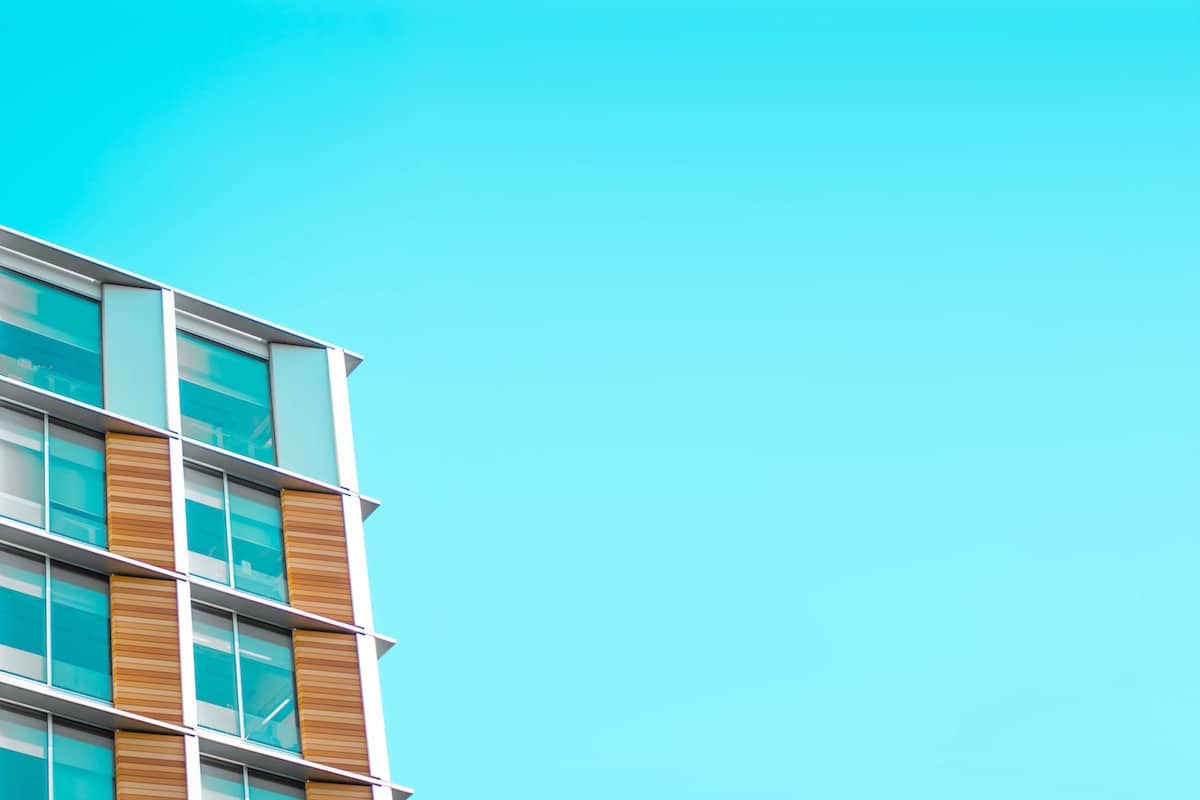 This may be the year that billions of dollars in commercial mortgages go belly up. These loans were financed in 2007 and are maturing this year. That means some commercial property owners will be faced with huge balloon payments and for some, a major headache to pay them off.

The Federal Reserve stated in its semiannual Monetary Policy Report to Congress on Tuesday that commercial property prices were becoming a “growing concern.”

Specifically, the report said, “”Commercial real estate (CRE) valuations, which have been an area of growing concern over the past year, rose further, with property prices continuing to climb and capitalization rates decreasing to historically low levels,”

While commercial property debt remains small compared to the overall economy the report said that the rising “valuation pressures may leave some smaller banks vulnerable to a sizable CRE price decline.”

According to Reuters, commercial real estate loans by U.S. banks surpassed their pre-financial crisis levels in September 2015, and at last reading for January stood at a record $1.97 trillion. Small banks hold nearly two-thirds of that total, some $1.22 trillion.

Commercial property values in the U.S. have more than doubled from their 2009 low, according to Green Street Advisors’ Commercial Property Price Index. Things started slow down in 2016, with just a 3% rise in values.

And this all comes at a time when there’s also a concern about a tidal wave of commercial loans that will come due this year. Lending standards in 2007 were lax and real estate investors jumped in with both feet, taking on huge amounts of debt in that red-hot market. Back then it was difficult to see anything but skyrocketing real estate market.

Then, the impossible happened. The residential real estate bubble burst, and property valuations plummeted back to earth, and even below the water line. We know now that many homeowners lost their property because they couldn’t make the payments or because banks simply failed.

This is the year we could begin to see the same fall-out on their commercial loans.

While commercial property in the most populated metro areas like New York City and San Francisco are seeing record high prices for real property,  the real-estate recovery has been a little lopsided.

There are many U.S. markets where valuations have not caught up yet. It’s those landlords who might have trouble refinancing their monster balloon payments, and if they can’t refinance because they are underwater on the loans, they might have to sell at a loss.

Bloomberg says that prices for suburban office buildings are still 4.8% below their peak compared to Manhatten skyscrapers that have surged 50% higher than they were at their previous peak. So when it comes time to refinance loans for buildings that aren’t worth as much, lenders may want landlords to cough up the difference… and that may not be easy to do.

Borrowers may also have to pay higher interest rates, or they may run into lenders who are now pickier about what the buildings they are willing to finance. Bloomberg writes that lenders may not be eager to finance retail properties, especially malls, as e-commerce takes a bite out of their sales.

Lenders may also have to retain a 5% stake in any loans they make to comply with the risk retention rule under the Dodd-Frank Act. That prevents them from making risky loans and selling 100% of the risk. It also makes banks more selective about the loans they grant.

The fate of the Dodd-Frank Act is uncertain however. President Trump has signed an executive order to begin the unraveling of those regulations and the risk retention rule is sure to be reviewed. But those changes won’t happen over night and maybe not in time.

So just how hard will commercial property owners get hit?

Bloomberg says the delinquency rate is expected to hit 5.75% this year,  after several years of declines. Because these mortgages are packed into bonds, there could be more bondholder losses as well.

According to Bloomberg, banks sold $250 billion worth of commercial mortgage-backed securities to institutional investors in 2007. But not all of them are maturing this year because many have already been refinanced or the properties sold. Property owners with less desirable properties and weak financials have already defaulted.

Using data from Morningstar, Bloomberg says the amount of debt that will actually come due this year now stands at about $90 billion dollars. From there, Morningstar is estimating about “half” of those remaining loans will run into refinancing roadblocks!

For people faced with this situation, it’s critical to have a back-up plan. You shouldn’t wait until the last minute or you might end up losing your property. It’s best to start working now on refinancing, or selling the property before you run out of time.

If you are looking for commercial investments, be careful about paying too much and accepting low cap rates. If you just wait a bit, you could find much better deals.

And all this is happening just as the economy is in a major shift. Baby boomers are turning 65 at a clip of 10,000 per day. Their spending habits will change and that will affect commercial property. Plus, technology and innovation is quickly making some industries obsolete practically overnight.

A commercial builder asked me if we’d like to finance the construction of an auto dealership in Sacramento, “because the auto industry has been booming.”

After researching it a bit, I told him that yes, it has been booming, but only because of easy financing. But this is the year that many leases will be returned to car dealers and we could very well see a huge glut in cars for sale. My daughter needs a new car and I told her to wait just a bit longer as we could see some steep discounts this summer.

Never base your decisions on the way things have been. In 2005, Fed Chair Ben Bernanke said, ”We’ve never had a decline in house prices on a nationwide basis. So, what I think what is more likely is that house prices will slow, maybe stabilize…”

Bernanke was dead wrong, and made the fatal mistake of not taking into consideration massive debts from easy lending that couldn’t be repaid. We are seeing some of the same debt issues today, just not in residential mortgages.

We expect to see some bargains in the commercial property world over the coming year. If you’d like to be first to know about those, join the network to get on the VIP investor list.  www.RealWealthNetwork.com

Kathy is an active real estate investor, licensed Realtor, certified coach, and former mortgage broker. She specializes in helping people build multi-million dollar real estate portfolios through creative finance and planning. With a passion for researching and sharing the most important facts on real estate and economics, Kathy is a frequent guest expert on such media as CNN, CNBC, Fox News, NPR, CBS MarketWatch and the Wall Street Journal. She is the author of the #1 best seller, Retire Rich with Rentals, and is host of The Real Wealth Show – which is a featured podcast on iTunes with listeners in 27 different countries.

Buildings management, sustainability and operations seminars will be held on topics such as microgrids, energy storage, seismic retrofits, security, compliance and smart systems. The Orange County Sheriff Department will hold a special active shooter and crisis management clinic, and presentations by leading utility, energy and industry experts include:

By Billy Fink | Shared post from the Hightower Blog

Over the past 30 years, the commercial real estate industry has transformed from a “mom-and-pop” industry to an institutional asset class where owners manage massive, complex, and global portfolios.

Although this development is good news for many CRE professionals, it is not without its consequences. As more money flows into the asset class, competition has worsened across the entire industry.

The most significant rise in competition has been on deals. Over the past few years, billions of dollars — from institutional and foreign sources — have flowed into real estate and driven up prices for desired assets across primary, secondary, and tertiary markets. This flow of capital has far outpaced new construction and new development, leaving commercial owners in a classic supply and demand challenge: there are more dollars in the industry chasing each deal.

To handle this rise in competition for deals, many commercial owners have sought investors with deeper pockets, developed a clear specialization in their investment strategy, or sought secondary markets.

Many GPs are fighting a two-front war, feeling pressure on both the deal side and the fundraising side. According to a recent survey of owners across the industry, 67% of commercial owners feel that competition for investment dollars is increasing. Institutional investors are not cavalier with their money. They want to pick the firms with the absolute best yields. Limited partners are placing greater emphasis on better tools, real-time reporting and visibility into performance.

Many proactive owners have decided to adopt new technology to help them better report and analyze their portfolio.

The industry is also beginning to realize that firms are in a war for talent. The next generation of CRE leaders expect a different work environment with mobility, modern tools, and data at their fingertips. The companies that lag behind are finding it increasingly difficult to recruit top CRE employees and are suffering from a growing talent gap. This next generation of CRE professionals is demanding change in its employers, encouraging new ways of working, and new technologies to drive the business forward.

Competition for (the best) Tenants

Over the past couple of years, low interest rates and a recovering economy encouraged billions of dollars of transactions, and many owners are now trying to find the right tenants to satisfy their specific ROI strategies. As a result, they’re waiting to satisfy certain returns, even if it means a short-term loss. Competition is heating up for tenants.

ABOUT
Billy Fink
Billy Fink is a marketing manager at Hightower focused on writing the best of CRE news and trends. He previously worked at Axial, and is a graduate of Columbia University.